Our Russian Breeders in South Africa

Below you will find the Russian Standard of Points that the judges use to judge Russians at South African Cat Shows.
Please note, that the RCIG are here to guide the breeders, however each breeder has their own way of doing things and it is up to YOU the purchaser to do your research and adopt from the breeder you feel best suits your requirements.  *Ask the breeder for an adoption fee breakdown that stipulates in writing what you will receive to ensure there is no confusion BEFORE you pay your deposit.*  Unfortunately a price cannot be put on passion, ethics and service – the end product may be the same and perhaps you even pay the same BUT PLEASE be aware that the choice you make as to who you purchase from, is yours alone and you should do your research.

Two more Russian Blues (male & female) were imported in 2009 from Spain and in 2010 another Russian Blue female import arrived from Russia.  In 2011 & 2012 saw three more Russians arriving from Australia a stud male (mid 2011) and a breeding female (early 2012), and then a special girl toward the end of 2012 who was the National Winning Supreme in Australia for 2012.  Leanne assisted in the importation of two stud males (which she co-owns) in 2012, as well as assisted with the importation of two new male kittens from England in 2013.
Leanne often keeps a good self-bred kitten for future breeding, which is then put to either an imported stud or queen or to unrelated Russians from her partner breeders here in South Africa.  It is of vital importance that the Russian lines are as unrelated as possible as this ensures strong, healthy genetically sound kittens.

From time to time retired breeding queens and studs are available for adoption.  (Please note that they will be spayed and neutered before they leave Azreal Russians).  None will be permitted to go to their forever homes as entire cats.

Leanne's focus is on the Russian Blue but does occasionally do a Black to Blue or Blue Spotted Tabby to Blue mating. 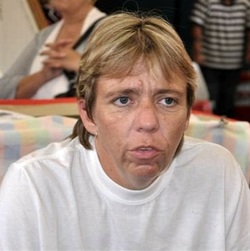 Esky Russians is a small cattery at Hartebeespoort outside Pretoria.  Alma started breeding Russians in 2011, after a lengthy conversation with Leanne Hewitt of Azreal Russians in Cape Town, with a view to breed the Russians. Alma was willing to be mentored by Leanne and adopted a soon to retire Brood Queen from Leanne.  Jade was spayed before she left to join Alma, so that Alma could get a feel for the breed and also get the opportunity to show her at cat shows in Gauteng and meet other Russian show cats and their owners.

Jade joined Alma 2009/2010 and was soon joined by a Russian Blue kitten, from Carol Wood of Silversheen Russians in Natal.  Nati and Jade both neuter and spay Russians were regulars on the Gauteng  show bench, with Nati doing exceptionally well at cat shows.

Alma has a couple of Queens and Studs and has bred outstanding Russians over the past 7 years.

From time to time retired breeding queens and studs are available for adoption.  (Please note that they will be spayed and neutered before they leave Esky Russians).  None will be permitted to go to their forever homes as entire cats.

Alma breeds Russian Blues and Russian Whites and will focus a bit more on the Russians Whites over the 2018/2019 breeding season. 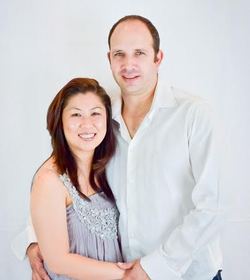 Both being natural lovers of all God’s creatures big and small, it was only obvious that Cyril and I would have a home filled with animal love.  The only animal we didn’t have in our household was, in actual fact, a cat, as I was diagnosed with cat allergies shortly after I matriculated.  As a young child I always grew up with cats, so to be told that I cannot own a cat, was something that bothered me quite severely.  Nonetheless, I accepted my now “catless” life and dosed up on antihistamines, every time I went to visit a friend who owned a cat.  My cat allergies were so severe, if I had to touch a cat (without having taken antihistamines an hour before) my face would swell up, I would have bloodshot eye and sinus that would leave me sneezing up a storm the whole day.  So the solution would be to stay away from any and all cats, right? No, not me, I had to touch every cat that crossed my path, leaving me in sinus despair.

So went our search for a cat that would not aggravate my allergies so severely.  I thought Google would know the answer, and of course it did, because it took me to Leanne’s Azreal Russians Website. I spent all my spare time reading up on the Russian breed, that I could not but…….. fall…….. hopelessly and utterly in love. Cyril always being a dog lover would just shake his head at how crazy I would get every time Leanne added new kittens to her website.  This journey lead to us finally making the decision to actually have one of Leanne’s precious babies. We initially ordered a little Blue girl from Leanne and after almost a year wait, our little Blue Russian was born on the 21st November 2009.  Azreal Xantanah arrived in all her glory only to be told 12 weeks later that my girl was in actual fact a boy. Yes Russians never cease to surprise you.  We called this special boy - Navi our very first Russian and the start of my real love affair with this breed.  We attended a couple of cat shows and met with Solvieg who showed us the ropes in cat showing.  Navi, might I add, only a “pet” quality cat, actually did very well on the show bench and even surprised Leanne. This was the first time that we got a taste of this world and we Loved it!

As all Russian cat owners know – you can never only have one Russian cat and in the following year, on the 8th of December 2010, Azreal Desdarmah Dushenka was born.  Our Gorgeous Dante arrived in March of 2011 he was a show quality cat with all the bells and whistles, and a suave attitude to match. Unfortunately is show life was cut short,  due to a terrible summer storm of October 2012, where we lost Dante and has been missing since, never to be found.  This left a huge void in our life and the terrible heartache of losing Dante, we retreated from showing - but always knew deep down in our soul, that one day, we will get back to showing.

My “real” daughter was born in March 2014 and months later Cyril enquired again with Leanne for a Russian.  It was time we get our head out from under the covers and start showing again, now that the “real” kids were out of the way. Lo and behold Leanne had a BST entire boy available and he needed to be kept entire because her breeding BST queen was to be spayed. Although, we have always wanted a BST, we never thought for a minute we would ever think of breeding…..well…….that…..has all changed now…… Amongst other things…….. we have two beautiful “real” kids that are already avid animal lovers, that Cyril is now a huge cat convert and the most important thing is that……. I am no longer allergic to cats!!! 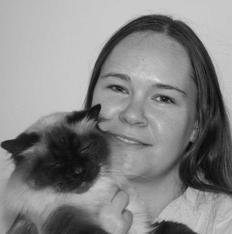 Zingara Russians came about when Joelene was basically thrown into the deep end by Leanne Hewitt and Solveig Klahr.

Joelene Draper, lives in Paarl, Western Cape, with her husband Craig, and their two children.

Joelene owned a Russian from the first “L” litter but sadly that beautiful boy passed over the rainbow bridge in 2014, which left a great emptiness, in not only Joelene’s life, but also the rest of the family and the other family cats.  Towards the end of 2014 Joelene became guardian of Vlad who was kept entire for one mating.  Vlad was joined by his father Freddie a few weeks later, who used to be a stud boy in the Esky Russian Cattery, imported from the UK.  Freddie has been used successfully and we are proud to have 2 daughters and 2 sons to continue Freddie’s line in South Africa, including a Blue Spotted Tabby son.  Freddie is now allowed to live the rest of his still very long live as the loved pet in the Draper”ville” household. 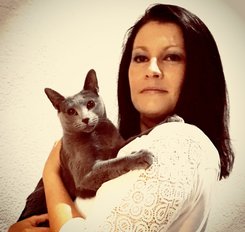 I received my first Russian Blue female pet, from Vanessa of Davante Russians in 2015.  I had never owned a cat before then.  Having done multitudes of research and watching countless you tube videos and episodes on Animal Planet of Jackson Galaxy, (One of my Favourite people), I was ready to fall in love, with this mystical creature.  Athena has turned me into an absolute cat lover!  How is it possible, that a creature can be so in touch with human emotions?  So graceful and so beautiful so elegant.

Being part of the Russian Cat Interest Group made my love for this breed even stronger.  A year later, I adopted my 2nd Russian, a little black boy this time, from Saskia of Ruskia Russians.
After attending countless of cat shows as an exhibitor and gaining titles for Athena, who is now a Supreme Premier, I have embarked on a dream to become a breeder, together with the help of my fellow breeders and under close mentorship of Alma from Esky Russians,  who also bred my foundation Queen.   We are hopeful that 2018 will see us have our very first Russian litter..

“What greater gift than the love of a cat?”  —Charles Dickens 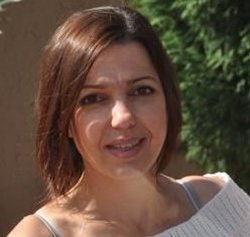 Solveig is a very passionate Russian Cat owner who has become very involved in the cat fancy and co-founded the Russian Cat Interest Group of South Africa in 2012.

Solveig understands the complexity around the breeding/kittening process and therefore chose to rather own pet Russians, as her emotional attachment to cats are too overwhelming for her to become a breeder herself.

She runs the RCIG Group, which includes being in regular contact with the RCIG Breeders, Russian Cat Owners, running the RCIG Facebook Group as well as updating the website and processes of the Group.  She compiles and releases the RCIG Newsletters every 4 months, deals with membership applications and membership certificates, and much much more.....

Solveig has been put in charge to standardise the processes on behalf of the breeders and has very strong opinions on Ethical & Reputable Breeding as well as Responsible Pet Ownership.

Solveig assists the breeders and will front some kitten queries, for﻿ward information and questionnaires to interested or potential kitten owners on behalf of the Breeders.  Once the completed questionnaire has been returned to her,  she will decide, which breeder(s) to allocate the completed questionnaire to.  The reason for this decision, is to alleviate the breeders from some of these pressures, to give them more time to tend to their kittens, queens and studs.   The more attention the cats get from their breeders, the better for them and the new kitten/cat owners.

* ﻿﻿VIP Breeders are our breeders who go the extra mile, or go above and beyond the basics of providing kittens.

​Our retired Breeders are:-