THE HISTORY OF THE RUSSIAN BLUE 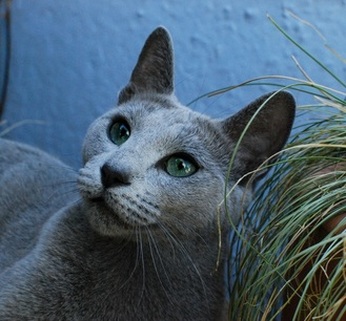 Some documentation that came to light indicates that the Tartars ruled southern Russia as part of a vast empire, known as the Golden Horde for more than two centuries. Thus began an era of Russian isolation from the West.
At the same time however, trade routes with the Middle East and China were established. Smaller boned, shorthaired cats of southern climates were able to follow the trade routes and intermingle with the wild cats of Russia. Over centuries, these cats adapted to their frigid environment; the result was the origin of their short, thick coat that carried a mutation of wild grey, reminiscent of the ticking of a wild grey rabbit or the Russian silver fox.

The origin of the Russian Blue has long been debated. It's history will most likely continue to elicit the imaginations of it's admirers, however it is likely that the first blue, or dilute, mutation did indeed occur in Russia. That this colour would define the breed is an oversight due to its early discovery. The natural breed would undeniably have included black and tabby, two genetic variables necessary, in the development of the Russian Blue we see today. The Russian of generations past must also have included a white variety, as white Russians were common to many and rumoured to dwell amongst seemingly barren snowfields.

The following quoted by Mavis L. Jones
"The ancestral coat pattern of all cats is tabby!  Black cats are really tabby cats without the tabby inducing gene, and blue is a dilution of black.  Therefore the Blue Russian had to be preceded by the black, which originated from the tabby!  Early in 1900, a prominent English breeder of that decade, Mrs Carew-Cox, imported two Russian cats from Norway.  They were blue tabbies and were forerunners of many of today's Russian Blues.  One positive sign of a true Russian Blue or Archangel cat is the ghost tabby markings at birth, which gradually, but entirely disappear in maturity.  In maturity tabby markings are considered faults.

White coated cats are a different proposition.  White is really not a colour!  The white cat has a total lack of colour inducing genes, so that the white coat is really a masking for whatever colour lies beneath the white.  In the case of the Russian cats, it is a disguise or cover up for black, blue or tabby".

It is not surprising that the first Russian cats to appear in breeding programs of other countries were blue. Blue was rare and is considered a "Lucky" cat colour in Russia and throughout the world. "Lucky" cats were given as gifts, traded and welcomed on ships headed to other countries. When other Russian colours are absent blue mated to blue always resulted in blue progeny and blue populations becoming separate of their dominant breed variations could not display their natural colour variety. In the lack of later scientific knowledge early naturalists and cat enthusiasts mistook the blue recessive inability of colour expression as purity. Early Western interests singled out the Russian Blue as a breed by virtue of this "purity". As the social and political divisions between the West and the breed's native Russia grew, the Russian breed and it's variety of colour was lost but to isolated villages in its homeland. 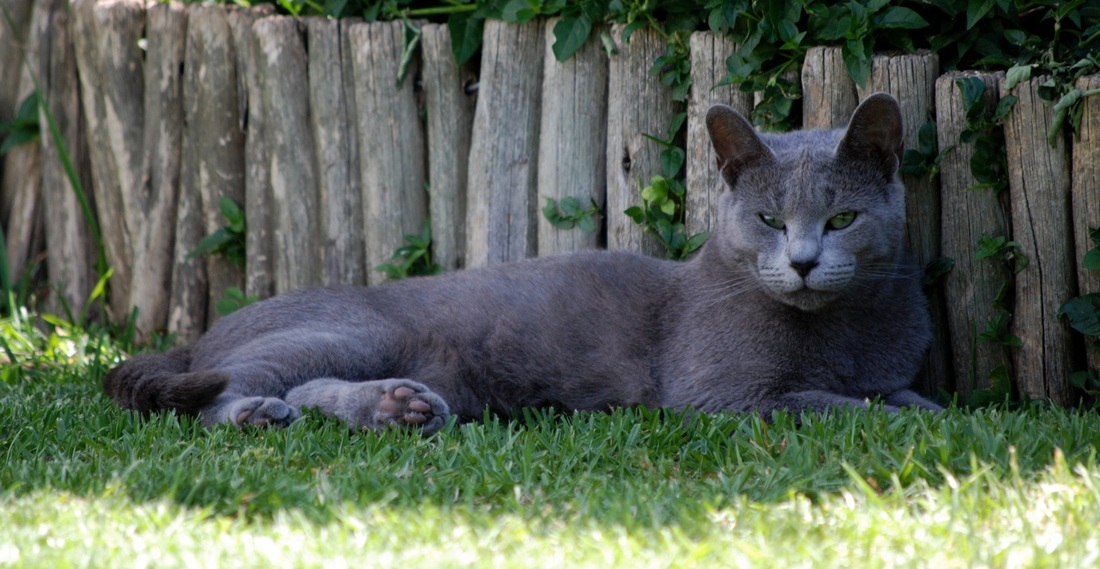 It is a privilege to be owned by a Russian, not a right.